Find this article at:
go.ncsu.edu/readext?422326
— Written By Angela Galloway

A Scotland County 4-H member attended 4-H Citizenship North Carolina Focus, which was held in Raleigh, North Carolina. The Scotland County delegation returned home from three days in which more than 140 youth and adults representing 61 4-H programs across the state gathered to exchange ideas, gain knowledge and learn through hands on experiences about the importance of being an active and engaged citizen. 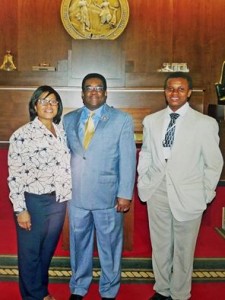 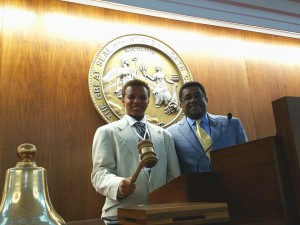 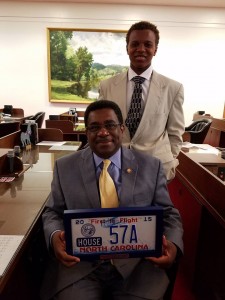 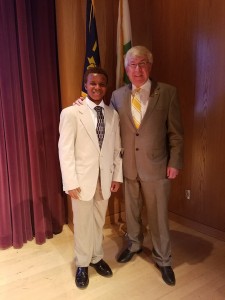 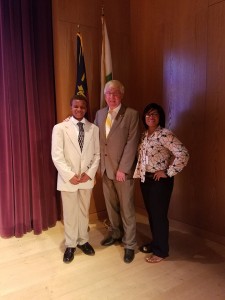 Chancellor Byrd, 13, son of William and Precious Byrd, represented Scotland County at the June 13-15 conference. Through various conference sessions and facilitated discussions, delegates learned and shared information related to local, state and national government as well as learned how they could make an impact in the area of citizenship.

Representative Pierce explained the voting process in the house and how a bill is created. He was very interested of Chancellor’s feedback about Scotland County. In addition, he took Chancellor and Angela D. Galloway, 4-H Extension Agent on a tour of the house, explaining his role and his goals for his district.

For more information on the 4-H program in Scotland County and all the programs and activities offered throughout the county and at district and state level, please contact Angela D. Galloway at (910) 277-2422 or adgallow@ncsu.edu.